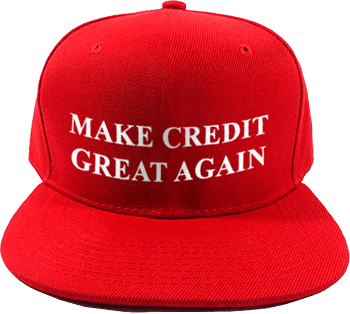 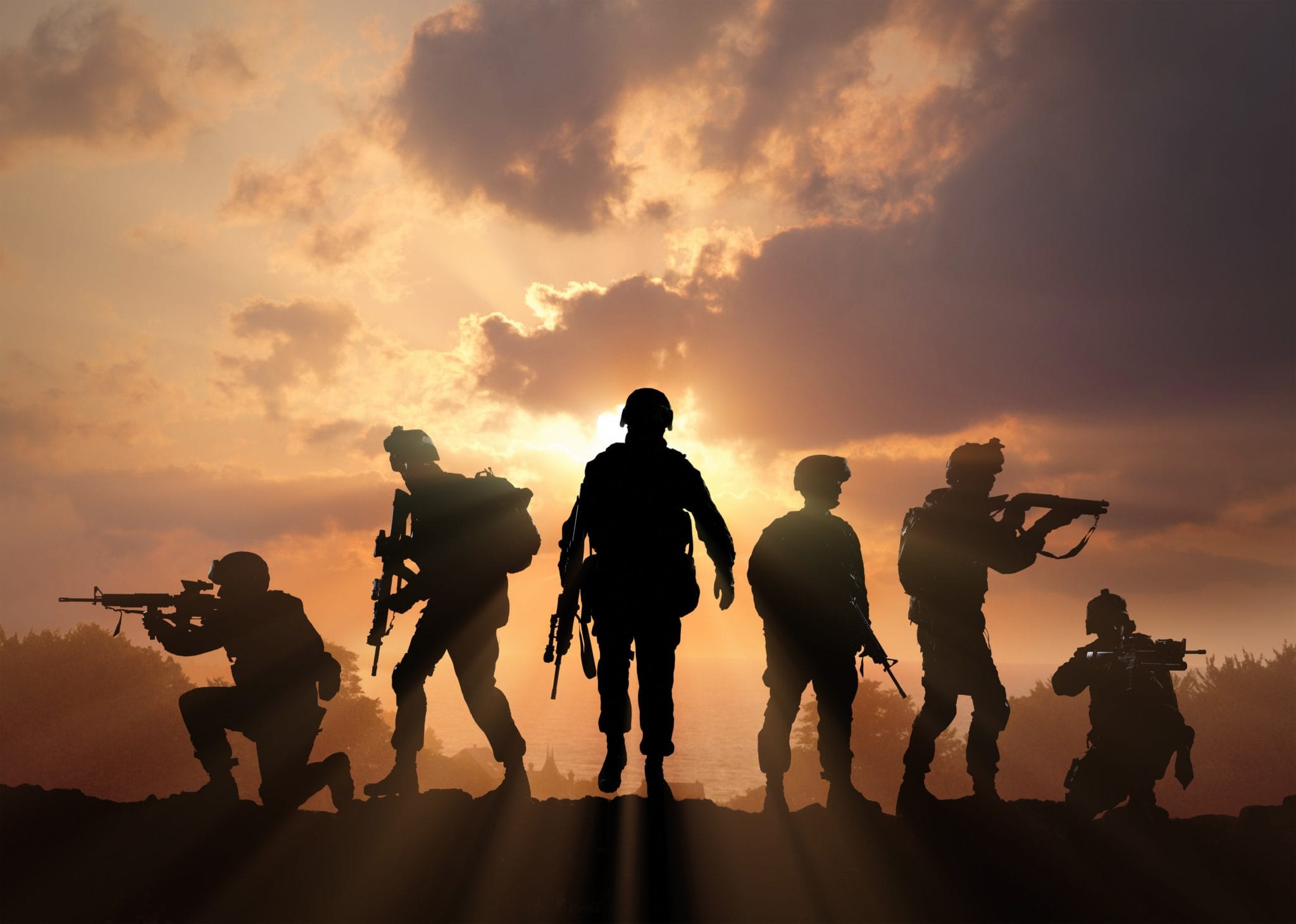 These defenses have been floating around the internet for years and are totally useless in the issues we deal with on this site.

1.Failure of Consideration. No exchange of money or goods occurred between the Plaintiff and the Defendant. Failure of consideration will void contracts in some cases.

If the court rules that the debt buyer bought the debt, it doesn’t matter that “no exchange of money or goods occurred between the Plaintiff and the Defendant.” If the debt buyer proves the consumer made charges and payments to the account, then that balance is owed to the new owner.

2.Defendant alleges that the Complaint includes references to alleged agreements made outside of the alleged written contract, violating the Parole Evidence Rule.

If that is referring to the purchase agreement between the creditor and debt buyer, I don’t know of a court that has required it. Courts require some sort of proof, but it can be in the form of affidavits and properly authenticated bills of sale. A consumer can try this defense, but again, he bears the burden of proving that the purchase agreement is required in order for the plaintiff to establish ownership of the account.

3.Plaintiff’s complaint fails to allege a valid assignment and there are no averments as to the nature of the purported assignment or evidence of valuable consideration.

If the plaintiff alleges it purchased or was assigned the account, it has alleged a valid assignment. It would depend on one’s court rules as to whether “averments as to the nature of the purported assignment” are required to be stated in the complaint or whether “evidence of valuable consideration” (such as a bill of sale) is required to be attached to the complaint.

Do most, if any, consumers even know what the defense means? If the judge asked them about the defense, could they explain it?

5. Plaintiff’s complaint fails to allege that the Assignor even has knowledge of this action or that the Assignor has conveyed all rights and control to the Plaintiff. The record does not disclose this information and it cannot be assumed without creating an unfair prejudice against the Defendant.

This defense does not seem to apply to a credit card action. It claims that the creditor/assignor might not have any idea that the debt was sold. Credit card companies know if they’ve sold debts.

In regard to conveying all rights, that might apply if a state allows collection agencies that have not purchased debts to sue for the original creditor. But when the plaintiff is a debt buyer, it can easily prove all rights were sold.

6. Plaintiff is not an Assignee for the purported agreement and no evidence appears in the record to support any related assumptions.

This would only apply if no evidence was attached to the complaint, or if the defendant can prove the plaintiff doesn’t own the account. It’s basically another form of “lack of standing.”

Accord and satisfaction could apply, but not as described above. That defense applies only to the parties to an agreement. For a defendant consumer to raise that defense, he would have to be a party to the agreement.

Here is how a couple of courts describe the defense.

“When considering the existence of an accord and satisfaction, we should examine the following elements: (1) [d]id the debtor make an offer in full satisfaction of the debt; [(2) w]as there an unliquidated or disputed claim which formed the basis of this offer; [(3) w]as this offer accompanied by acts and declarations which amounted to a condition; [(4) w]ere those acts and declarations such that the offeree was bound to understand them; and (5) [w]as the offer accepted in full satisfaction of the debt.”

“The traditional elements of an accord and satisfaction are the following: (1) a dispute as to the amount of money owed; (2) a clear manifestation of intent by the debtor to the creditor that payment is in satisfaction of the disputed amount; (3) acceptance of satisfaction by the creditor.”

As you can see, accord and satisfaction means the consumer and creditor (or debt buyer) came to an agreement, and the consumer complied with his part of the agreement by paying the agreed upon amount.

8. Defendant alleges that Plaintiff’s complaint, and each cause of action therein is barred by the Doctrine of Estoppel, specifically Estoppel in Pais.

9. Defendant alleges that Plaintiff’s actions are precluded, whereas Plaintiff’s demands for interest are usurious and violate state and federal laws.

This works if the defendant proves the plaintiff has charged usurious interest rates. Credit card companies are allowed to charge the interest rate of the state in which they are incorporated. Interest rates on judgment are determined by the law of the state where judgment is rendered.

10. Defendant alleges that Plaintiff or the person or entity that assigned the alleged claim to the Plaintiff is not entitled to reimbursement of attorneys’ fees because the alleged contract did not include such a provision, and there is no law that otherwise allows them.

This works if the agreement, in fact, does not allow for attorney fees. This needs to be explained to defendants.

11. Defendant invokes the Doctrine of Laches as the Plaintiff or the person or entity that assigned the claim to the Plaintiff waited too long to file this lawsuit, making if difficult or impossible for the Defendant to find witnesses or evidence or that evidence necessary to provide for Defendant’s defense has been lost or destroyed.

This applies only in specific situations. It means that, even if the cause of action is still within the SOL, the plaintiff waited too long to file, and the delay has prejudiced the defendant.

If the lawsuit was filed within the SOL, it would be up to the defendant to prove that, for instance, the witnesses or evidence he needs is no longer available.

12. Plaintiff has no Fiduciary Duty.

13. Plaintiff has failed to name all necessary parties.

This is another one that would work only if the defendant could prove it. And, I suppose it would depend upon who the other parties are that the defendant claims were not named.

14. Plaintiff’s complaint alleges damages are the result of acts or omissions committed by non-parties to this action over whom the Defendant has no responsibility or control.

Is this a round-about way of claiming ID theft?

15. Plaintiff’s complaint alleges damages are the result of acts or omissions committed by the Plaintiff.

What would be examples of the above?

16. Defendant alleges that the granting of the Plaintiff’s demand in the Complaint would result in Unjust Enrichment, as the Plaintiff would receive more money than plaintiff is entitled to receive.

The plaintiff must prove the amount claimed. It must have admissible evidence of the charged-off amount and any interest or fees added to that balance.

17. Plaintiff’s complaint alleges damages are limited to real or actual damages only.

That would depend upon the contract or state law. If the contract and state law allow for attorney fees and costs, this defense won’t fly.

18. Defendant invokes the Doctrines of Scienti et volenti non fit injuria (a person who knowledgeably consents to legal wrong has no legal right) and Damnum absque injuria (harm without injury).

Scienti et volenti normally applies to insurance cases. For instance, if you see steps to an entrance to a building are falling apart, and there’s a sign that says “Do not use steps”, but you use them anyway, you are liable for your own injuries if you fall. You chose to take a chance on dangerous steps despite the warning.

I suppose it can rarely be used as a defense to debt collection but not in the case of debt buying. Most who suggest that defense are claiming that a debt buyer that voluntarily purchases a defaulted debt is consenting taking its chances and harming itself.

Debt buying is legal. Courts have ruled that debt buyers who prove ownership are owed the balances on accounts they purchase. It doesn’t matter that they bought accounts that they knew were in default.

Damnum absque injuria doesn’t seem to apply either. Most courts seem to describe the defense as “a wrong for which the law affords no redress.” When sued for account stated or breach of contract for money owed, the law affords redress. If found liable, the redress is payment of the balance.

Please note: WE ARE NOT ATTORNEYS. If you are being sued, it’s always a good idea to hire an attorney or get some legal assistance. If you cannot afford an attorney, a lot of people have handled their cases pro per or without a lawyer. Our articles are meant to provide basic information on handling litigation.